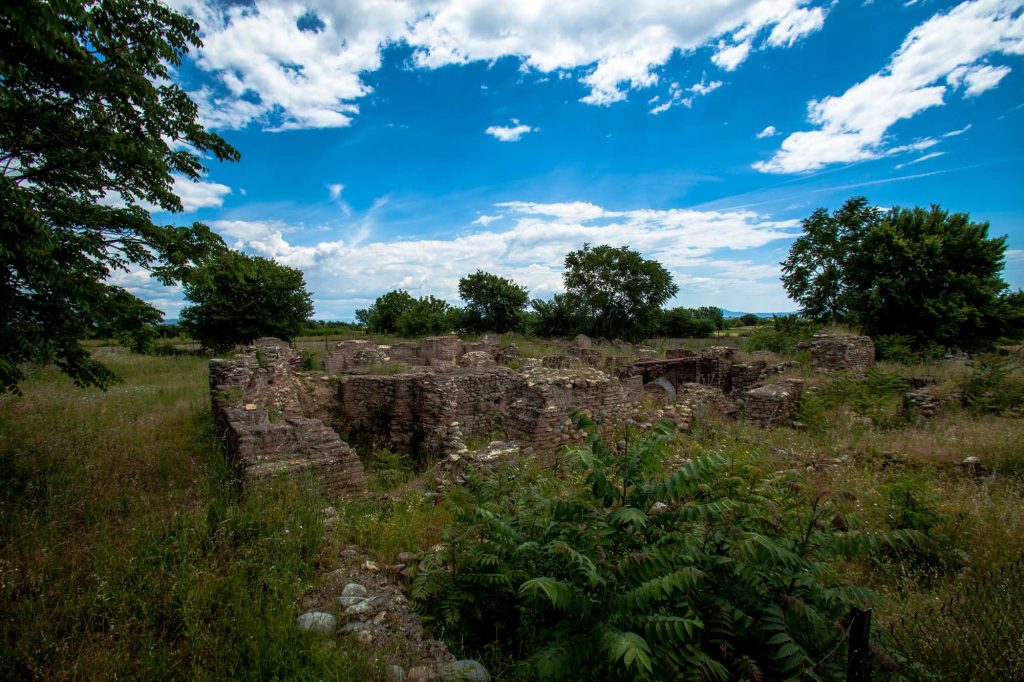 It was founded during the 4th century by Emperor Maximian Galerius and it was centre of the region until the end of the protochristian period. During the 9th centure CE, Maximianoupolis got a newfound glory this time as Mosinoupolis. It became a city that hosted byzantine officials and emperors, since it was a central stop on the Egnatia Road, the road from Constantinople to the rest of the Balkan Peninsula. It was also destroyed – like Anastasioupolis – by the Bulgarian Czar Kalogiannis in 1297. In 1343 when the famous Ioannis Kantakouzinos the 6th came to the town to camp, it was fully destroyed and abandoned. Today you may see only parts of its wall around the fields of the area.