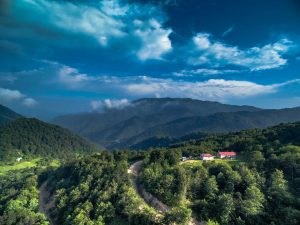 Situated north of the Prefectures of Drama, Xanthi and Rodopi, Rhodope Mountains are a natural border between Greece and Bulgaria. It has been divided into Eastern, Central and Western Rhodope. The mountain range reaches a total area of approximately 19,000 sq km of which only 18% is in Greece. Rhodope has unprecedented biodiversity due to its geographic location, geological composition and geomorphology. It was not affected by the glaciers in the Ice Age and many species of Central and Northern Europe found shelter there . The area today is the southernmost border of these species spread. Even though the Greek part of the mountain range is relatively small compared to its entirety, it has great diversity of ecosystems.

The Rhodope mountain range seems to have been inhabited since the Paleolithic era and later by the Pelasgian and Thracian tribes. In antiquity it used to be a holy mountain of the Greeks tightly connected to Orpheus and Dionysus, gods especially honored in the general Thrace region. Within the boundaries of the Rhodope Mountains National Park you may find the archaeological sites of Potamonas and Stavroupolis (settlements from the Bronze and Iron Age), Thermia (Baths of post-Byzantine times) and Kalivas.
Info
The area is under the responsibility and protection of the Rhodope Mountains Management Agency. Find more detailed information on the Rhodope Mountains National Park official website: http://www.fdor.gr