The temple of Panagia Kosmosoteira is the most amazing ecclesia 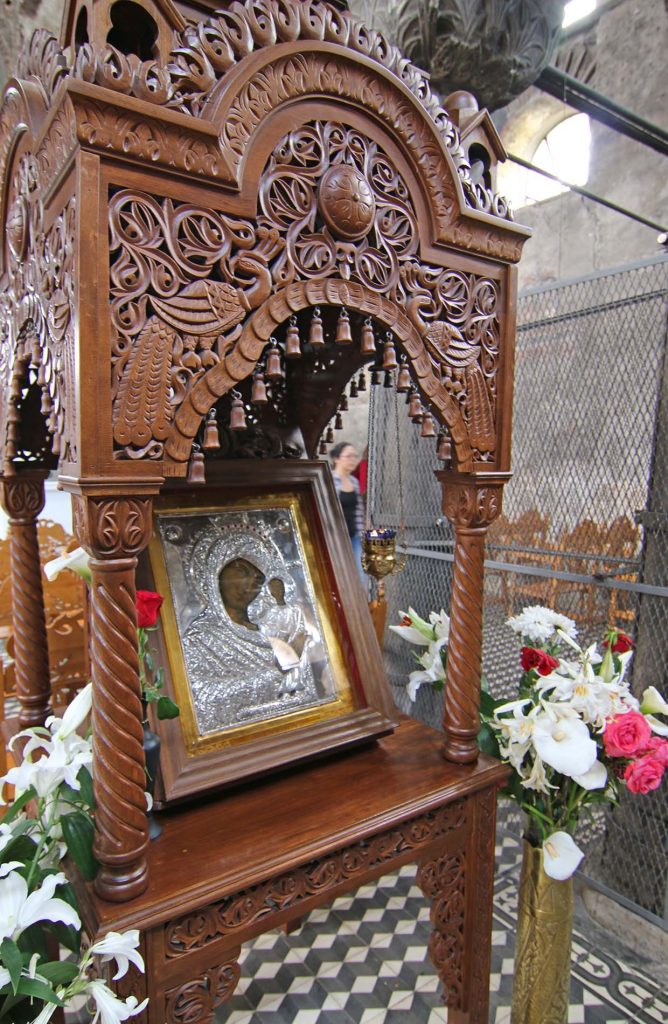 stical monument on the west bank of Evros, Feres (ancient Vera), along with the few ruins of the monastery of the same name. It was built in 1152 by Emperor Isaac Komnenos and is a brilliant example of a Byzantine church and  Constantinopolitan art in general.
The huge central dome, along with its four smaller “satellite” domes and the four arcs, seems as though it is suspended on thin air, like it is literally floating in the air.
The light coming through the windows also makes the visitors float in its grandeur, its atmospheric interior with faded oversized frescoes of serious, ascetic faces and warriors.